IPKON just received the results of the tests performed on its silicate capsules by CANMET Mining, the testing laboratory of the Ministry of Natural Resources of the Government of Canada.

These tests were carried out to determine the anchor capacity of the silicate capsules in accordance with ASTM F7401-08 Standards Method A.

The tested capsules were IPKON’s silicate capsules. The model tested had a length of 500 mm and a diameter of 27 mm.

Boreholes were simulated by using 12.5 mm thick steel tubes with an internal diameter of 31.4 mm and 1.924 m in length. The steel tube preparation includes a slight roughening of the internal tube surface, over its total length. The diameter of rebar bolts was 22 mm. Each toe end of the rebar bolt was bent.

A silicate capsule is inserted. Then the bolt is installed. Advance and rotation rates were adjusted to get an installation time of 10 seconds with 375 RPM. Once the bolt had reached the end of the tube, the forward drill advance was stopped and the bolt was rotated for an extra five seconds.

Static pull tests were performed three hours after the installation according to the ASTM D7401-08 Standard. A hollow hydraulic ram with a cylinder capacity of 294 kN (30 ton) and a maximum displacement of 150 mm was used to push against a plate and the installation tube. The pressure of the hydraulic ram was measured using an electronic pressure transducer. Two 508 mm-stroke potentiometers with a resolution of 0.6 mm were used to measure displacements. Seven installations with different parameters were carried out from which only 6 pull tests were performed. For each pull test, the data recorded from the two potentiometers as well as the pressure gage was plotted and an autopsy of the section where the silicate capsule bonds the rebar bolt to the steel tube was performed.

Trials IP-3, IP-4 and IP-7 with one capsule showed a maximum load of 141, 104 and 98 kN, respectively. Even though according to CANMET Mining, a reasonable installation could not be achieved with their current equipment, IPKON’s silicate capsules reached a bearing capacity of over 140kN.

Also, CANMET Mining test results demonstrated again that the use of IPKON’s silicate capsules is odourless and non-toxic.

In situ pull tests performed at the Tusup Kuzembayev mine owned by Arcelor Mittal Temirtau with one IPKON silicate capsule of a diameter 25mm and a length of 400mm showed a bearing capacity exceeding 250kN.

IPKON’s silicate capsules have been thoroughly tested. In proper testing conditions, it has been repeatedly established that they are non-toxic and offer a bearing capacity of at least 140kN. 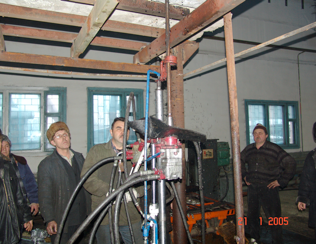 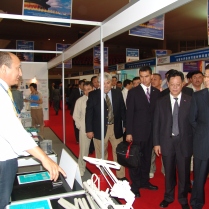 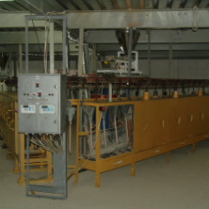 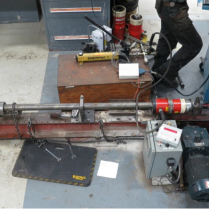